Some Spanish regions are facing serious problems of depopulation in rural areas, just like other European Union countries. After decades of new extractivism, blind faith in growth and an intentional concentration of services and opportunities for progress in urban areas, the countryside emerges as a place where living meaningful and healthy lives is still possible. In this context, art and culture seem to be the best way to overcome the dichotomy.

Maite Cajaraville, Spanish pioneer on new media art, was born in one of this emptied European regions, Extremadura. Combining this personal approach with her social and political vision, she started this data based electronic art project in 2017 to draw attention to rural communities and ultra-capitalism inequities.

From an exhaustive investigation of a variety of socioeconomic data of the municipalities of a region, Cajaraville generates physical and virtual three-dimensional sculptures. A 3D printer is used to create the physical ceramic piece, while the virtual piece is presented in augmented reality. In both physical and virtual sculptures, increases represent positive coefficients and depressions negative factors such as depopulation, female unemployment or other forms of inequality. 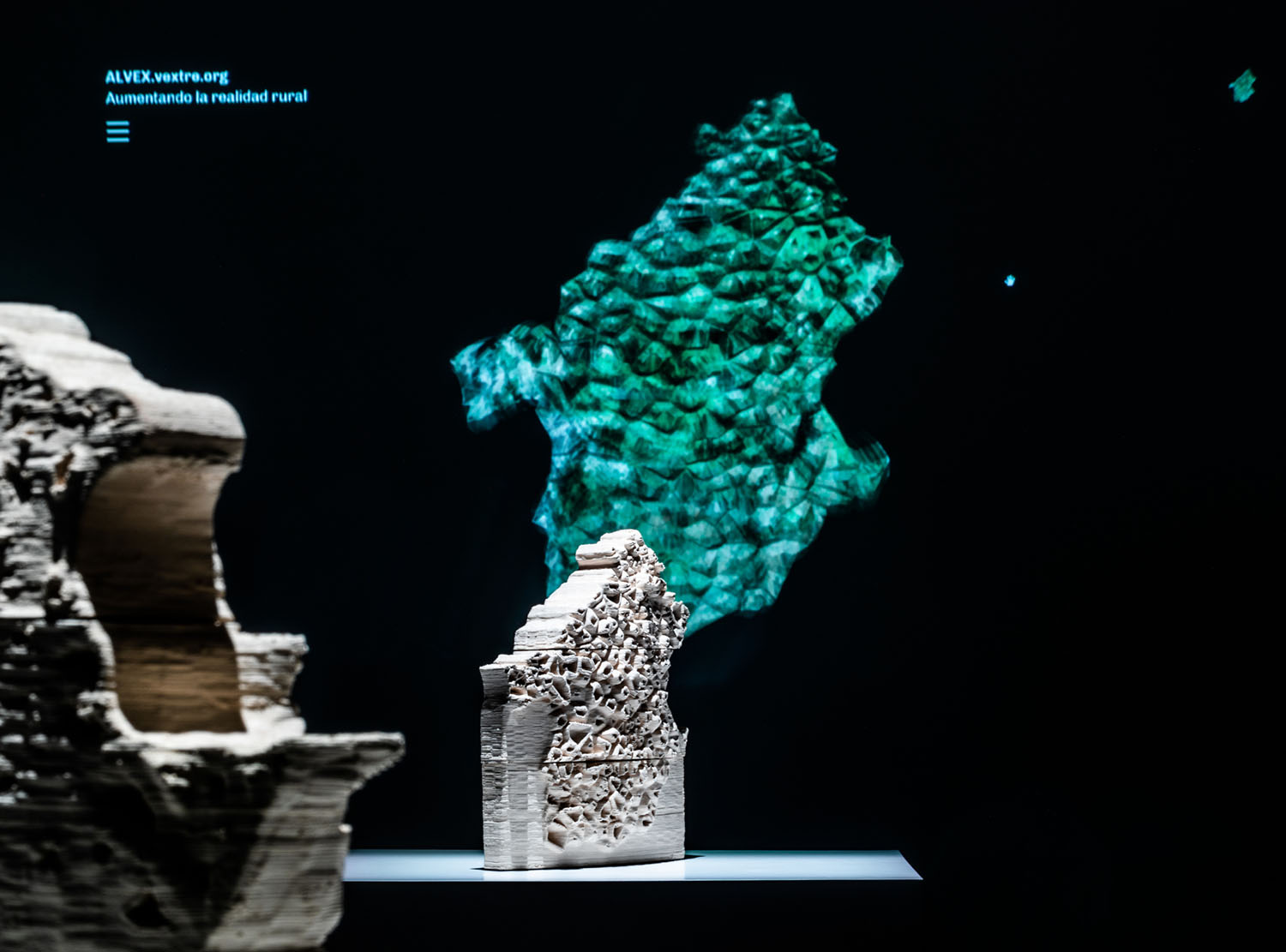 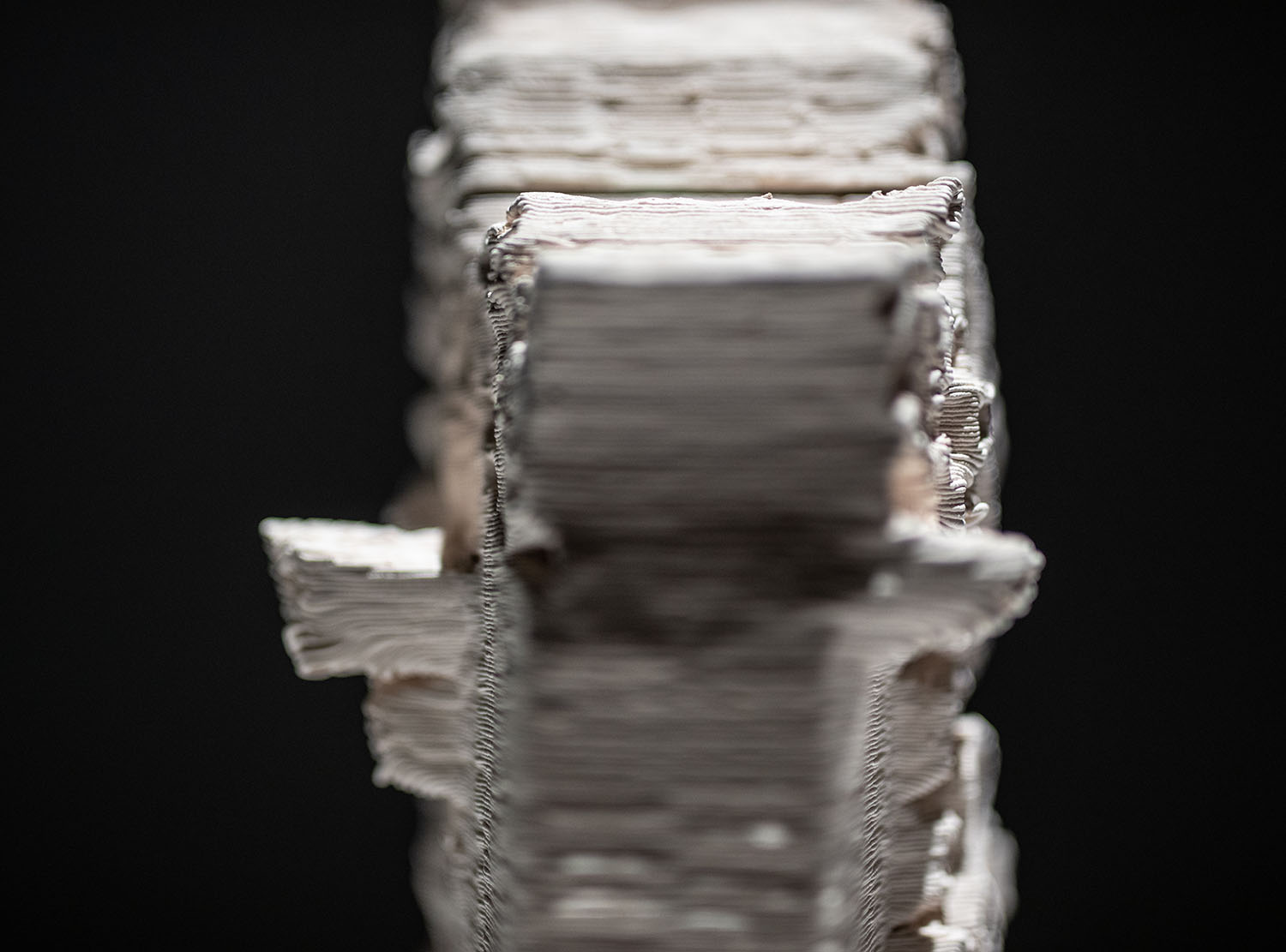 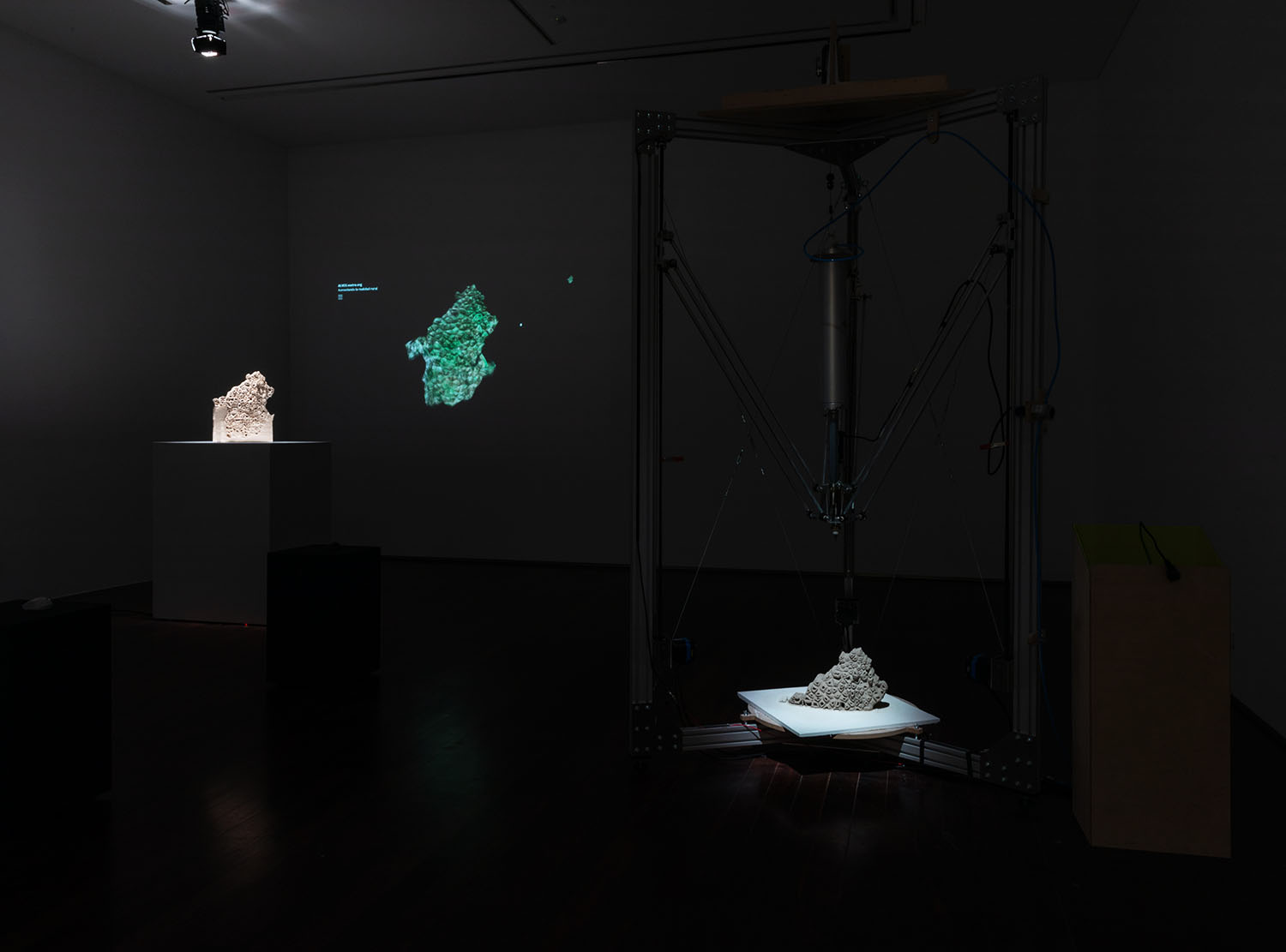 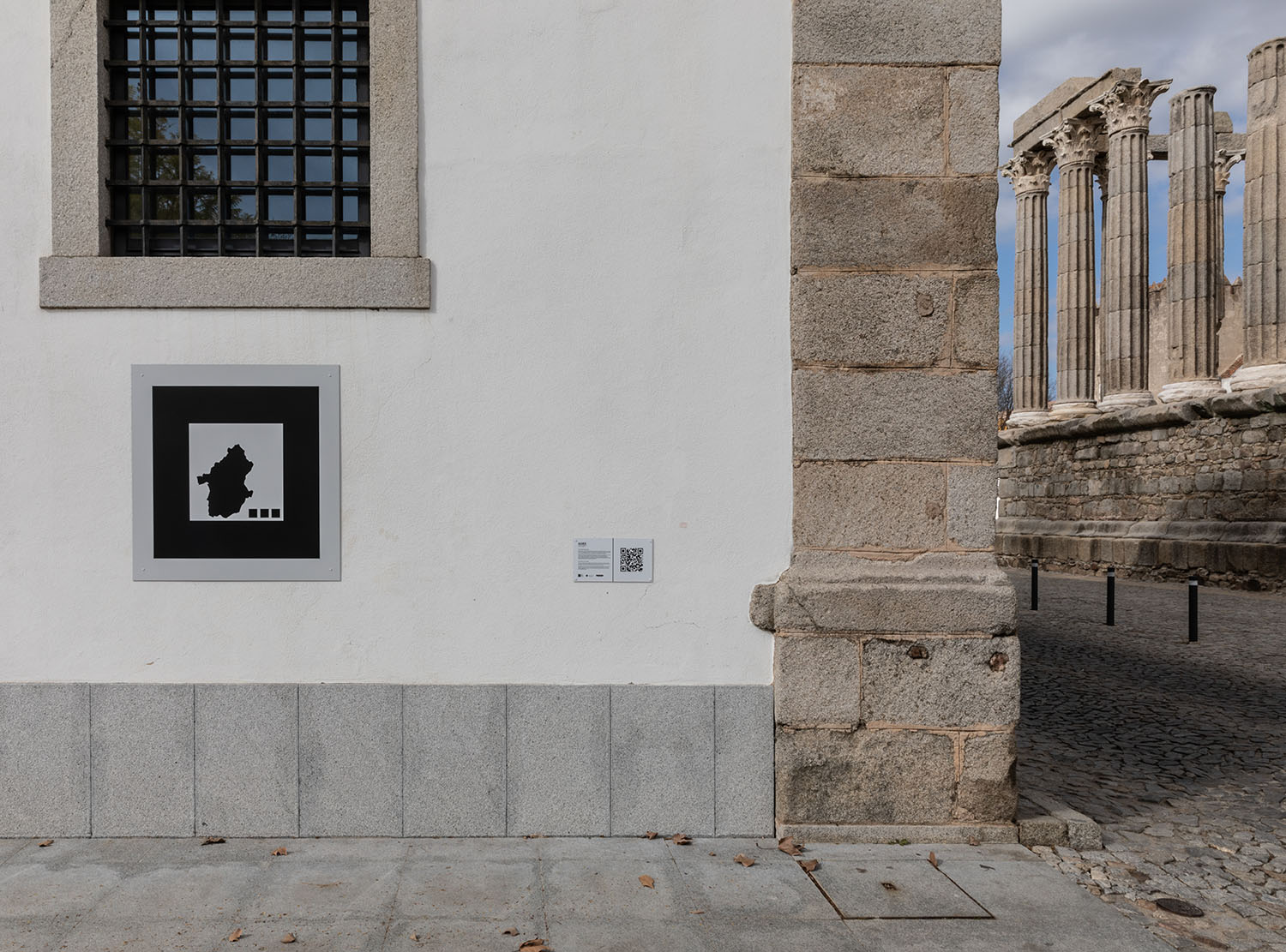 ALVEX exhibition, by Maite Cajaraville, was inaugurated on February 19, 2022, at the Art and Culture Centre of Eugénio de Almeida Foundation, in Évora (Portugal), where will remain opened until June 26. VEXTRE, Augmenting Rural Reality became international with this instance based in socio-economic data of the rural region of Alentejo. Visitors will be able to see ALVEX Alentejo and VEXTRE Extremadura (Spain) sculptures at the same time. Photos by Francisco Pereira Gomes. © Eugénio de Almeida Foundation.

The project adopted the name VEXTRE in 2021, as a result of an individual exhibition at the Museo Extremeño e Iberoamericano de Arte Contemporáneo (MEIAC, Badajoz), but it was actually born five years ago as an invitation to talk about the rural world and its conditioning factors, but also about the new ruralities as a green territory of recovery, talent, culture, care and collaboration.

It started with data from the Spanish region of Extremadura, but its interoperability allows it to keep evolving local and internationally. On February 19, the translation of VEXTRE’s modus operandi to the Portuguese region of Alentejo was presented under the name of ALVEX. It took place in an individual exhibition at the Centro de Arte e Cultura – Fundação Eugénio de Almeida (Évora, Portugal), where the two sculptures created from socioeconomic data of this region could be seen for the first time.